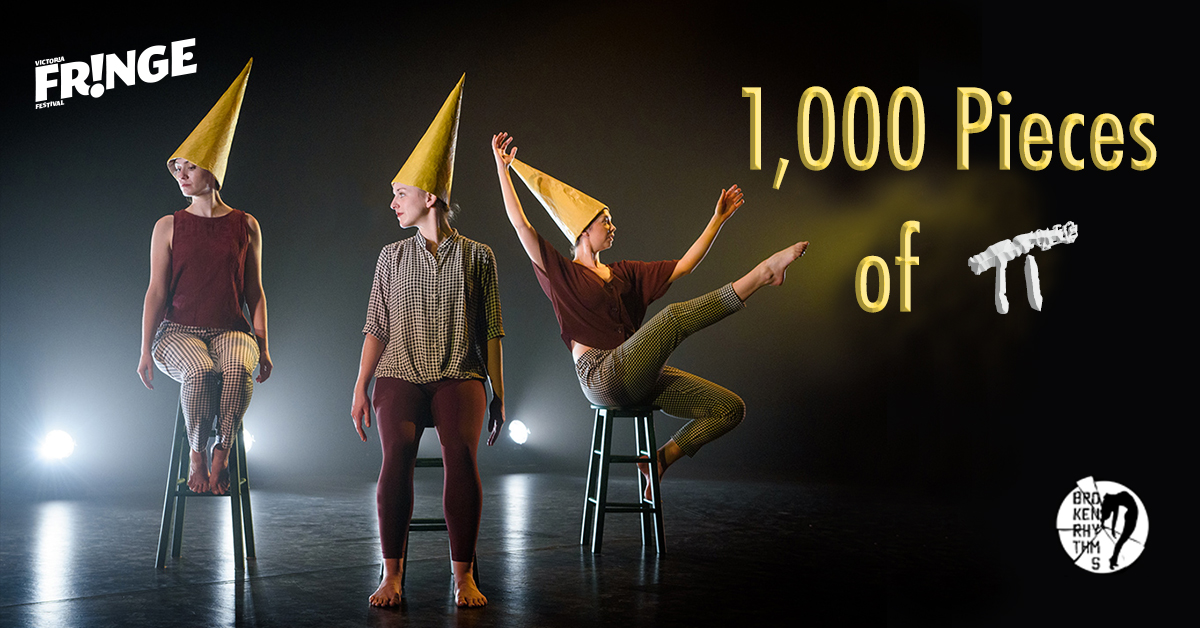 From the innovative dance company that brought you ‘Pick of the fringe’ winning shows ‘Spark’, ‘Grim’ and ‘SEVEN’, Broken Rhythms is back to serve up some delicious dancing π with a twist (and a few turns). 1,000 Pieces of π is the first act of its kind in that it investigates the mind-body connection by defying conventions and utilizing the constraints of the never ending and never repeating sequence of the number π (3.14) to create a full and meaningful show.

Neurodiversity and Creativity: When Math and Dance Meet

Have you ever experienced math phobia? How about math anxiety? More specifically, arithmophobia or numerophobia, fear of math and/or numbers.  Dyana Sonik-Henderson, artistic director of the independent rhythmical contemporary dance company Broken Rhythms, knows all about those phobias and has created a self-imposed challenge for her newest work, 1,000 Pieces of π.

This work follows the never-ending and never-repeating number sequence that makes up the irrational number we call π/Pi, most commonly written as 3.14. The entire show contains only ten dance moves, and each of these moves has been given a corresponding number: (1) Head, (2) Jump, (3) Slide, (4) Turn, (5) Balance, (6) Torso around, (7) Kick, (8) Run, (9) Touch the floor, (0) Connect to another dancer. The goal is to reach the 1,000th number of π in under 50 minutes, demonstrating the body’s incomparable ability for knowledge accumulation and sequencing by utilizing the body to memorize the first 1,000 numbers of π and performing the work with a talented cast of dancers.

The origins of dance moves being allocated a number can be traced back to the pre-postmodern dance era when Merce Cunningham (a pioneer of modern dance) was said to roll dice as a way to disrupt the body’s ‘natural’ movement patterns. Though this work is reliant on the pre-determined sequencing based on the infinite numbers of π, this methodology of creativity and concept can be applied to other numbers to make brand-new works, or the numbers can be swapped to create an entirely different show.

Originally conceptualized by Sonik-Henderson as a way to pass high school math, the transforming of numbers into movements was utilized to offset a difficulty in ‘traditional’ academic instruction.

Diagnosed with multiple ‘neurodiverse’ labels at a young age, Sonik-Henderson had the idea to incorporate body and dance to help with accurate sequencing and memorization, which took an unexpected direction after Sonik-Henderson returned to school during the pandemic.It was through dance that Sonik-Henderson discovered her body’s mechanical ability to memorize complex rhythms, movements and numerical sequencing while exploring emotions and connecting to community.

1,000 pieces of π is an experiment, and though this work is still in development, it is exciting to work on an innovative project that challenges the mind/body connection and provides another way for others to approach math, learning and dance.