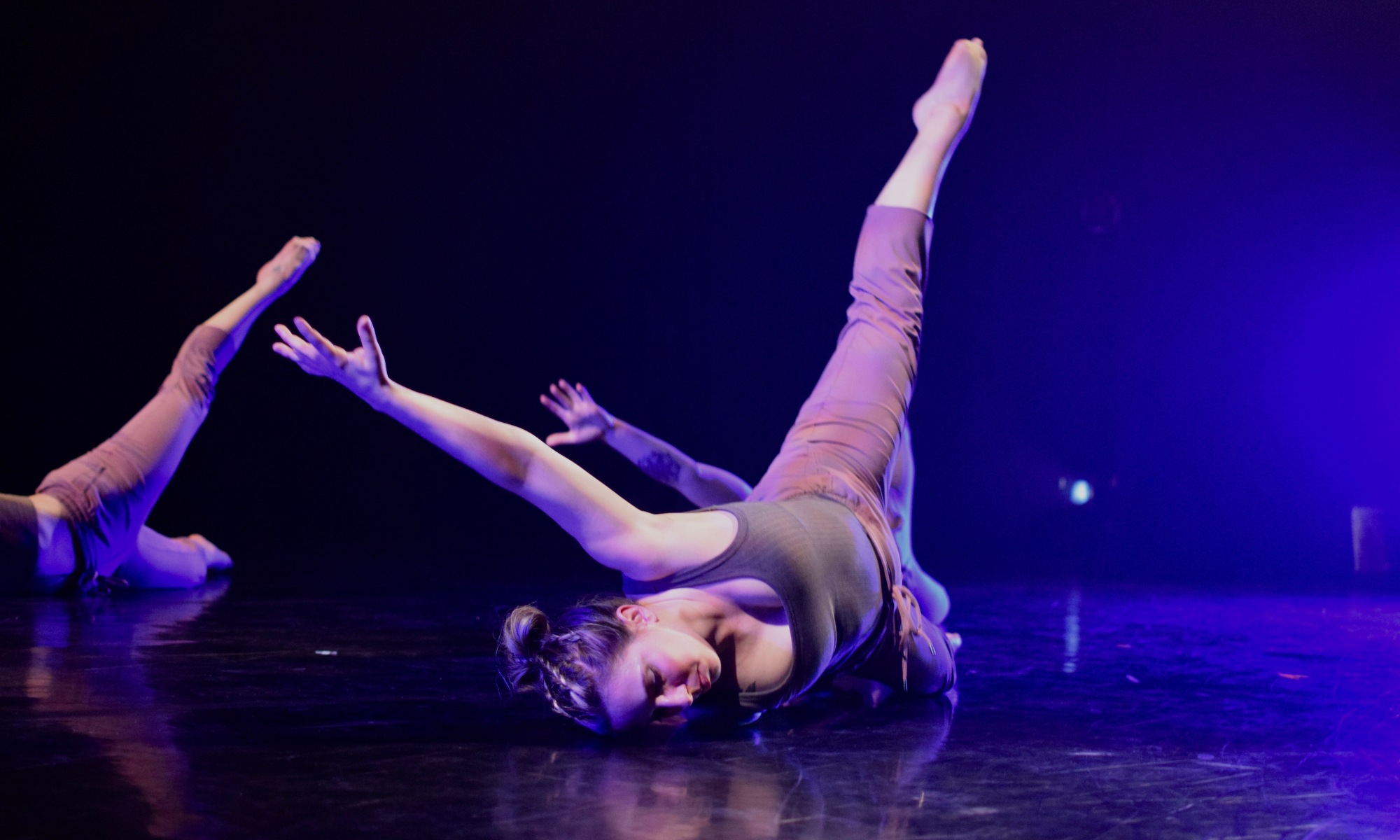 Originally from Halifax, Nova Scotia, Christina began her dance training at the age of two, when her parents put her in dance classes in an effort to curb her “never-ending energy”. Since moving to BC, Christina has continued to explore her love of dance by taking different classes in ballet, jazz, contemporary and hip-hop. Christina is a founding member of Broken Rhythms, and has performed in many of our works, including Spark, Grim, Universal Horrors, Thyself, Seven (remount), 1000 Pieces of  π, and Above Me. She has toured with the company on Vancouver Island, as well as to Toronto to perform in the 2017 Fringe Festival. Outside of dance, Christina loves to travel and is obsessed with dogs.

Caleigh began dancing at the age of seven in Sidney BC. After living, travelling, and dancing abroad for nearly five years, Caleigh moved back to the island to live, create, dance and teach. Caleigh founded the Heels In Harmony dance shoe project, and has her Teaching Associates in Tap and Modern Dance faculties (ISTD). Caleigh has a passion for all things movement; she is a BCRPA fitness and weights instructor, a personal trainer, a 200hr Yoga instructor, has a diploma in Sport Management, and a Bachelor of Sport and Fitness Leadership. From stage to camera, Caleigh enjoys sharing her passion for movement to audiences of all kinds. Caleigh pursues the opportunity to take class and study whenever possible and has been fortunate to learn from a number of artists all over the globe from New York to Mexico to London to Thailand and in between! Caleigh started dancing with Broken Rhythms in 2015 and has loved every moment. Currently she is pursuing her Masters in Somatic Studies and Dance. Caleigh co-owns RNS Dance and believes that movement creates empowered communities.

Allison was born and raised on Vancouver Island, where she began dancing at the age of three. During her youth, she spent several years training with Dancestreams Youth Dance Company, which provided her opportunities to work with acclaimed choreographers and tour both locally and internationally. Additionally, she has trained with the Arts Umbrella dance company, The National Ballet School of Canada, Canada’s Royal Winnipeg Ballet School, and École Supérieure de Ballet du Québec. Allison began dancing for Broken Rhythms in 2018, and she looks forward to every performance with the company.

Heidi feels blessed to be back with Broken Rhythms and acknowledges the privilege of dancing on the traditional land of the Lkwungen people. A graduate of Randolph College for the Performing Arts, Heidi was awarded the “Triple Threat Award” for top student. Favourite roles in and around Toronto include Winnie in Annie Get Your Gun (Drayton Entertainment), Dora Bailey in Singin’ in the Rain (Stirling Festival Theatre), Lilly in Annie (Moonpath Productions), and Hold-Me-Touch-Me in The Producers (Mirvish Entertainment). Locally, Heidi has worked with the Victoria Operatic Society as choreographer for Miss Saigon and as Princess Fiona in Shrek the Musical. Broken Rhythms company credits include performing in Thyself and Seven, and the creation process of Into the Wire. Heidi has hearing loss and works as a Hearing Instrument Practitioner by day. She extends gratitude to her husband Steve and daughters Nico and Miya, for their support and daily dance parties.

Sara was born and raised on the east coast of Canada, and has fallen in love with Vancouver Island after moving to Victoria in 2012. She began dancing at a young age, and after taking a short break to pursue a career in Interior Design, her passion was reignited after moving to the island and taking classes in contemporary, hip hop and jazz at Raino Dance. Sara started dancing with Broken Rhythms in 2017, performing in Thyself, Seven, Internal Rhythms, 1000 pieces of Pi, Above Me, and several other projects.

Candace was raised and currently resides on the unceded territory of the Lekwungen- speaking people. Candace is a performer and educator and grew up dancing and training before moving abroad to work as a dancer with Decidedly Jazz Dancerworks, Netflix, Disney Cruise Line (as Dance Captain) and others. Through her work, she has gained a wide range of experience in commercial jazz and contemporary dance styles. During this time, Candace discovered and cemented her love of contemporary dance. Candace feels that contemporary dance cultivates authentic movement and deep connection, for both the dancers and the viewers. After several years of travelling and performing, she is excited to be creating, dancing and teaching in her childhood community. Candace first joined Broken Rhythms in 2020 with the collaborative project Small Acts of Creativity.  Two years later, with two full works with the company, Candace is thrilled for what the next season will bring. She feels tremendously grateful to be creating inspiring work with a group of talented and dedicated people.